Skip to the content
Vehicle Lander RORO Confirmation Handheld Application provides the ability to ‘land’ vehicles directly into a RORO lane area and discharge them from a vessel in one easy process.  It enables users to confirm RORO cargo positioning in a RORO lane as the user walks along a lane.

Select the application from the Handheld App Menu. 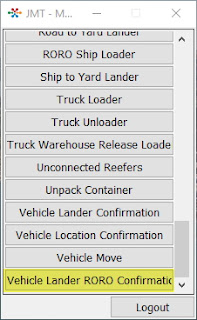 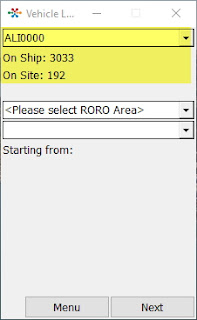 Select the area of the yard, specifically the RORO area, and the lane.  Select the direction the user will work from i.e. from right to left, so that the vehicles can be sequenced and placed in Master Terminal in the correct direction. 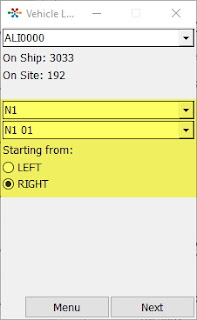 Click on Next, and scan or enter the first ID of the vehicle. 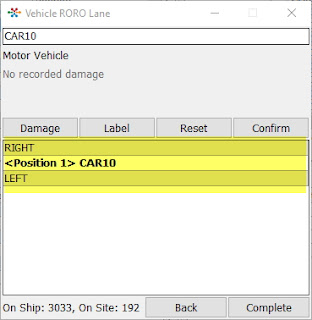 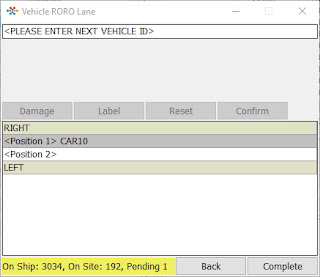 At the bottom of the screen, the user can see how many vehicles have been checked and the tally of remaining on ship and already in the yard.

Once the user has checked all the vehicles in the lane, they click on ‘Complete’ so that in Master Terminal , the vehicle is discharged from the vessel and the location is confirmed.

If there are already vehicles in the RORO lane selected that have been previously recorded in Master Terminal, a message will pop up to confirm that the vehicles to be discharged and location confirmed will be reordered to align with the existing vehicles in the lane. 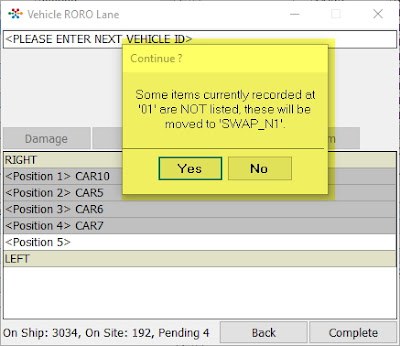 Now, you can see that for CAR10, the vehicle has been received from the ship (transaction), and the location in the yard has been confirmed (N1 01 4). 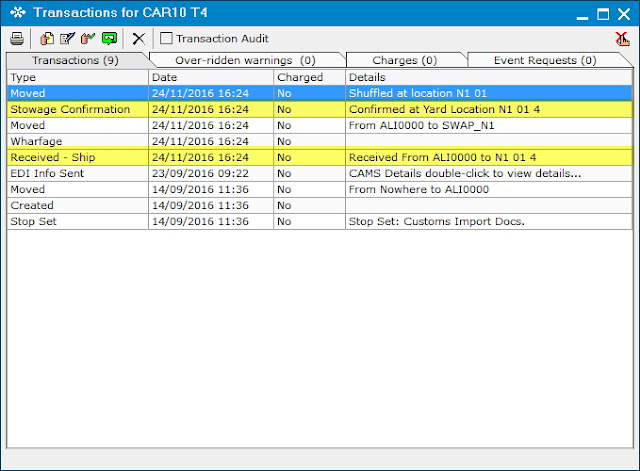 In the graphical representation, you can see that CAR10 is positioned in sequence order number 4. 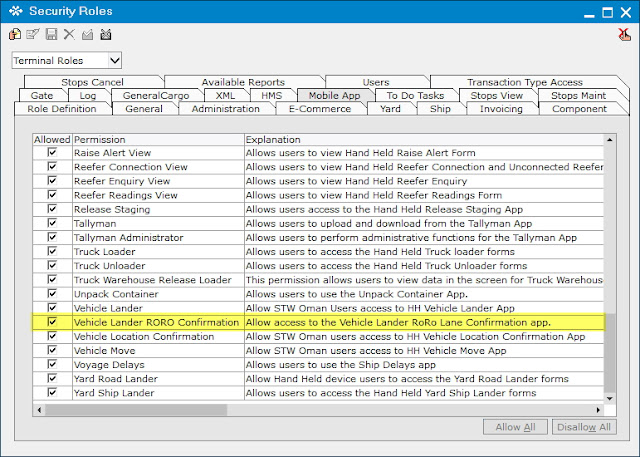